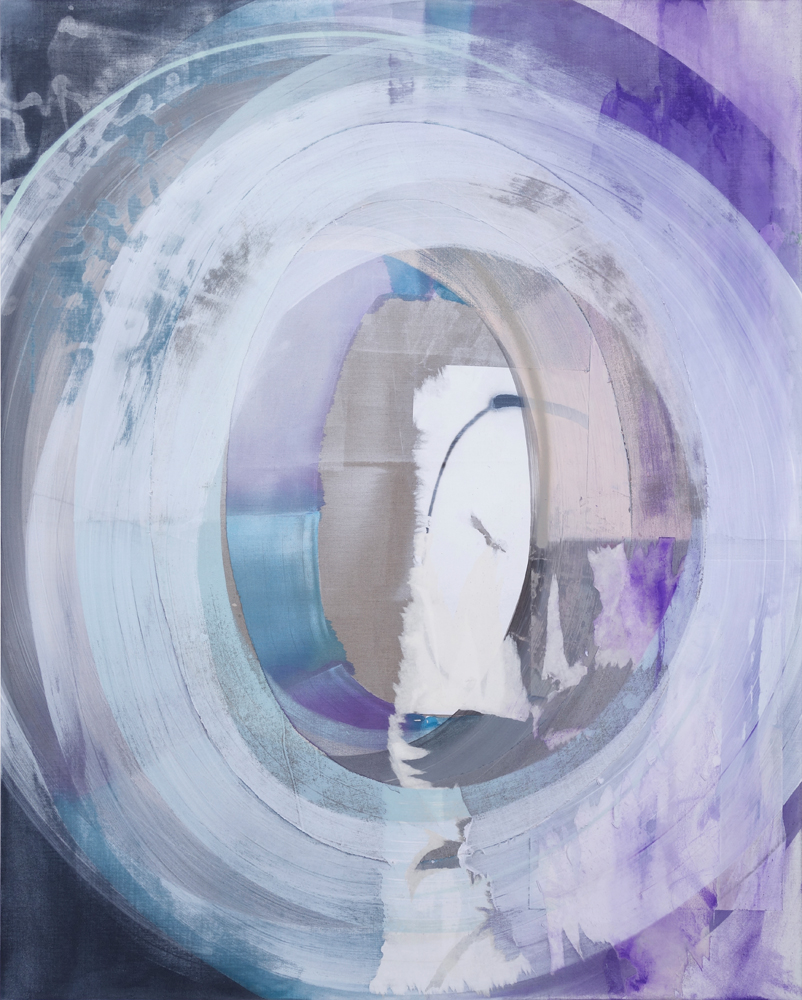 Adrian Falkner is, to this day, one of the world’s most revered Graffiti writers. For the last twenty-five years SMASH137 has been importing works directly into the public realm, sneaking his seductive (and now internationally renowned) style onto unsuspecting locations and audiences across the globe. Although we now increasingly tend to see Falkner’s works inside the gallery’s walls (and not embedded into a fixed urban location), he has lost no sense of play or rhythm. On the contrary, maybe more than ever there is an infectious, albeit increasingly refined, sense of irreverence and energy in how he chooses to make his marks.

Even by the standards of graffiti, Falkner’s approach to writing was predicated on controlling the explosion, on pioneering techniques that somehow incorporated elements of chance and spontaneity into his methodology (for example his early use of ‘cracking’). And this speed has not left him, his recent canvases (still) utilizing pace and chance as active artistic devices, and by extension (still) awarding an initial primacy to compositional concerns. The simplicity of this maneuver belies its complexity, for his use of the unplanned seems to quietly infer that gestures executed at pace (and that may appear somewhat undeliberate and incomplete) are just as valid as (slower) gestures delivered with reflection and consideration. The logical extension of such seductively slight mark making is that if this right here, is enough, then anyone who does anything more is doing too much. Shit. I think he’s got me.

In preparation for writing this text, I was fortunate enough to visit Adrian in his Basel studio. On doing so I witnessed how the canvases for his recent series of untitled (2018) acrylic and enamel works begin their journey by being carpeted across his studio floor, collecting everything from splashes of misdirected paint, to the coffee spillages of his careless visitors (trust me, I would know). From here the floor-based canvases are then, in one form another, ‘upgraded’ into being stretched and hung on the studio wall, where Falkner continues to work into them further, not however in the way I was expecting. His towering shelves of spray cans (which almost reminded me of a stadium they were so large and steep!) and the endless draws of brushes remained largely untouched. Instead he set about using marker like tools, knives, blades and even his hands. Again, I was struck by the intuitive primacy of his approach to mark making. A brutal and delicate calligraphy, a fragile balance of being in enough control to relinquish elements of control. It is an acutely immersive approach that quite literally forces him ‘inside’ the creative process (canvas being located on all sides of him, as well as below his feet) – a method of production that seems to somewhat process Adrian qua ‘human’ as its user, whilst maintaining Adrian qua ‘artist’ as its (only) instrument. His is a methodology representative of an artist enjoying in his materials, a painter confident enough to let an exploration of their (intrinsic and extrinsic/relational) limits determine the trajectories of purposeful play being employed. Yep, he’s definitely got me.

Yet off-setting the lyricism of a compositional approach that speaks to his time in the street, increasingly there is a more contemplative sense of calm present, a certain coolness if you will. On spending time with his paintings, one becomes somewhat seduced by their visual rhythms and lulled into the sway of the overlapping semantic and syntactic streams. In these more recent works there is a more austere, stripped back pallet, as well as a slower trace of hand, perhaps nodding towards an interest in Eastern philosophies and their related aesthetic ideas around notions of eternity, incompleteness and imperfection. But just like the Sirens of the ancient Greek seas, the alluring curves of Falkner’s marks also seem to remain just out of reach; all the while alluding to the presence of a value system informing their reasons for being, yet never allowing this system - whatever it may be - to be fully exposed.

What then, are we left with? What can be said about that which is always just beyond us? (What kind of Sisyphean task have I been given!) I would suggest that it is precisely this evasiveness that is one of Falkner’s most noteworthy achievements as a painter; his continued commitment to fluid and decentered compositions forcing his viewers into equally unstable and dynamic positions. And on finding nowhere to settle or arrive, we must take as our subject the very restlessness of the proposition that has left us here. In other words, through having the confidence to remain both seductive and elusive, he gently reminds his audience that perhaps it is best to abandon any notion of solidified content, that maybe this concept of ‘meaning’ we lug around with us is unavoidably infected with some notion of ‘getting to the point’. Instead Falkner seems to suggest ‘the point’ is our experience and the experience is our meaning. His is a method that is a process, a process that explores experience and is an experience, its focus is effects and its result is an effect. So please, don’t ask what it ‘means’ or what it’s ‘about’, just ask what does it do?

Text by Simon Buckley.
Simon Buckley is an artist and writer living and working in Glasgow, UK.